Tweets by javapedia.net
Want to write articles/new answer to be published in javapedia.net? Send in your article with your name to javatutorials2016@gmail.com!
« Prev » Next

Pipe and Filter pattern use components and connectors in which components, also called filters, apply local transformations to their input streams and often do their computing incrementally so that output begins before all input are consumed; Connectors, also called pipes, serve as conduits for the streams, transmitting outputs of one filter as input of another filter. 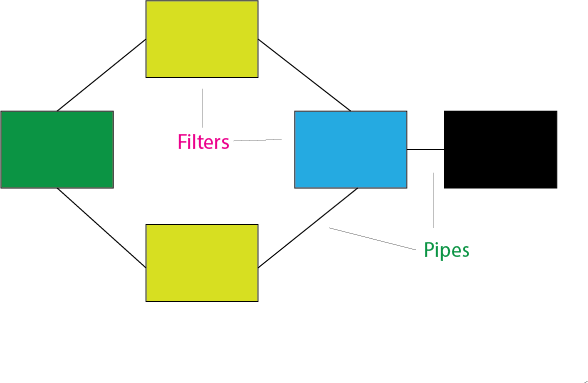 Filters do not its state. This pattern is suitable for applications that require a defined series of independent computations to be performed on data.

Use Robinhood app to invest in stocks. It is safe and secure. Use the Referral link to claim your free stock when you sign up!.

The Robinhood app makes it easy to trade stocks, crypto and more.

Explain DelegatingVariableResolver in Spring framework. How to integrate Java Server Faces (JSF) with Spring? What is the significance of JSF and Spring integration? What is @EnableIntegration annotation? Spring 3.0: How do I schedule Tasks? What is a Message channel in Spring integration? Explain Message in Spring integration. What is a Message Endpoint? Advantages of using Spring Integration. Different Message Endpoints. Different classification of Message Channels. Explain Pipe and Filter architectural design pattern. Mention a few alternatives to Spring security.
Show more question and Answers...
Web services